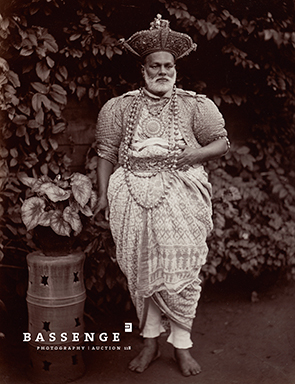 A copy of this book is in the collection of the MET Museum, New York and is catalogued as follows: "In December 1970, Ruscha was invited to produce a photobook in conjunction with the Sonsbeek 71 exhibition in the Netherlands. Wim Beeren, the commissioner of the international festival, chose the location (Stadskanaal—a village in Groningen built along both sides of a straight canal) for the commission, but left the specifics of the project up to Ruscha. Once on site, Ruscha began photographing the facades of the houses along the canal, undoubtedly informed by his panorama of Los Angeles, Every Building on the Sunset Strip (1966). The topography of the Dutch village led Ruscha to a different approach, however, and the book is conceptually more performative than the earlier work, inasmuch as it directly encompasses a site-specific action: the artist’s journey back and forth across the bridges of the canal, with each trip documented by six photographs, which progress from a distant view to a close-up detail of the house directly across both sides of a given bridge. The oversized horizontal format of the book, with each leaf a gatefold representing the two sequences of photographs made on a single bridge, is also unique in Ruscha’s oeuvre. Although the book was supposed to have an open edition, available by mail order, it did not sell well and the printer removed and disposed all extra copies from its warehouse. Dutch Details is thus the rarest of Ruscha’s books". – Limited first edition. Engberg B14. Pages with toning in edges, some linen joint tapes lifting off paper, otherwise good copy inside.